What would the office look like after the pandemic? That’s a question many employers are trying to explore as their workers are emerging from isolation and returning to the offices. Before the pandemic, there’s a lot of talk about greenery and open space. Workspaces were becoming more like the outdoors, with more light, plants, and space.

Can the same be said about the post-pandemic office? Or will workspace design take a different turn? Here are long-term trends that are predicted to emerge from the health crisis.

The post-pandemic design would focus more on hygiene. Even if a cure was developed and the immediate threat of the coronavirus has died down, the importance of frequent hand-washing would be ingrained in the workforce. After all, no one can predict when another pandemic would spread.

In office design, this awareness would encourage employers to install more sanitation stations outside the bathrooms. In current buildings, the only sinks are those inside bathrooms, which tend to be out of the way. Designers predict that there would be self-contained hand-washing stations and hand sanitizer dispensers in areas with high foot traffic. This would help people quickly sanitize as they move from one meeting to another.

This also entails offices investing more in cleaning and disinfection methods to keep the office clean. Touch-points would be cleaned regularly, industrial trash can dumpers would be emptied more frequently, and hallways would be kept spotless.

A handful of designers think that the pandemic would spell the end of the open-plan office. After all, an open space — devoid of dividers — would allow contaminated air to spread all over the floor. The lack of physical barriers would, critics say, easily enable disease transmission.

However, open-plan offices might just be the office design that’s fit for a post-pandemic world (with a few modifications, of course). This is because a huge portion of the workforce would remain in a work-from-home set-up, even after the health crisis is mitigated. If they don’t have to show up at the office, employees don’t have to waste time on commutes or spend money on transportation, office-appropriate clothes, or lunch. Their schedules are more flexible, and they can spend more time on exercise or their passion projects.

As such, the number of people who would be present in the office at any given time would be fewer than a pre-COVID-19 office scenario. If workers do show up, it would be strictly for collaborative purposes: a confidential meeting, an important conference, or a labor-intensive group task.

An open office space makes much more sense in this situation. Open spaces eliminate walls and barriers to encouraging collaboration and creativity. Office design is meant to follow the workplace culture; if the office would be used more for teamwork, then employees must be free to move about and not locked into individual cubicles.

It can’t be denied, however, that the airflow in an open space office is worrisome if health is considered. So some designers propose installing airflow systems that would filter and reduce the amount of exhaled air from the floor.

This would solve the problem of possibly contaminated air while retaining the productivity benefits of an open office. 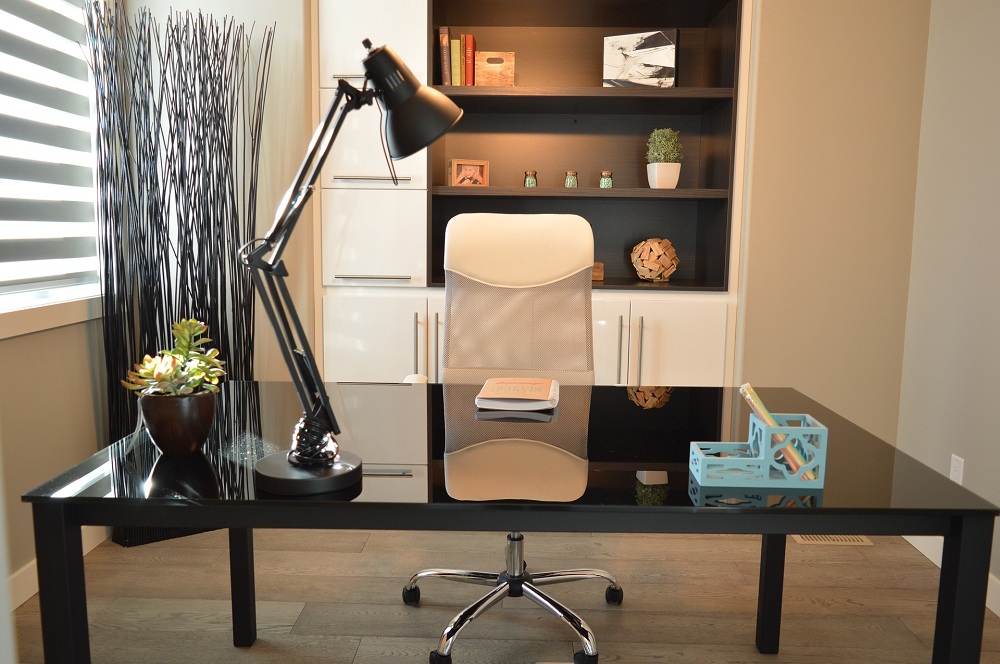 Because of the high potential of virus transmission, offices of the future would invest in technologies that would eliminate touch-points, such as door handles and light switches. This is especially needed in office buildings with a high occupancy rate. Touchless technology would mean that people could open doors or turn lights off with the wave of a hand.

Touchless technology would have been the norm even if the pandemic never existed, but the health crisis did accelerate the development and adoption of motion-sensor doors and switches.

In a similar vein, furniture in common areas will be mostly made of anti-bacterial material. Following the pandemic, furniture makers would focus on developing products that enable infection control. Since office furniture — especially those in common areas like the lounge and the reception area — would be used by several people throughout the day, they have to be easy to clean and hostile to any kind of pathogen.

Designing for the Future

The memory of a pandemic won’t stop people from returning to the office. Even if many prefer to work at home, they would still want to return for important meetings and to hang out with their office mates. The workplace culture is irreplaceable, which is why instead of disappearing altogether, offices will alter themselves to fit into the future.