Concrete is one of the building blocks of our modern world, so much so that urban areas are referred to as “concrete jungles”. However, like all human-made materials, concrete does not last forever.

It is subject to wear-and-tear as a result of damage and exposure to the elements over time, adversely affecting the hardness and structural integrity of the concrete. This weathering of concrete is called concrete degradation and may manifest itself through cracks and discoloration in the concrete surface.

In places such as Utah where the environment can be extreme and harsh, concrete repair is a growing industry that helps keep its cities standing. To understand the need for concrete repair, however, it is necessary to know what exactly causes concrete degradation in the first place.

Aggregate refers to the particulate material consisting of stone, sand, and gravel that make up the concrete. Aggregate expansion occurs most often due to an accumulation of water in the concrete.

As the temperature drops, the water ends up freezing, thereby expanding and creating pressure on the aggregate. With various freezing and thawing cycles taking place over time, the concrete material eventually becomes strained.

When this happens, cracks start appearing in the surface of the concrete. The cracks usually start appearing at the bottom of a concrete surface near the pavement — as this is where water accumulates the most — and then work their way up.

If these are not repaired, the cracks might end up covering the entire surface of the concrete, thereby creating a serious threat to the structural integrity of the concrete material.

Corrosion typically occurs within the embedded metals and steel reinforcement within the concrete. As steel is primarily made up of iron, under normal atmospheric conditions, it will slowly revert back to its base chemical form of iron oxide, also known as rust.

As rust expands and builds up, it may eventually occupy a larger volume than the steel itself, leading to corrosion. Corrosion is the leading cause of concrete degradation, as concrete is now commonly reinforced with steel for additional strength.

If left unrepaired, corrosion in concrete eventually leads to cracking on the surface, delamination (when thin layers of concrete detach from the surface, resulting in a peeled-out effect), and spalling (flaking of the concrete surface). These leave the inner aggregate and steel exposed to the elements, thereby jeopardizing the integrity of the concrete. 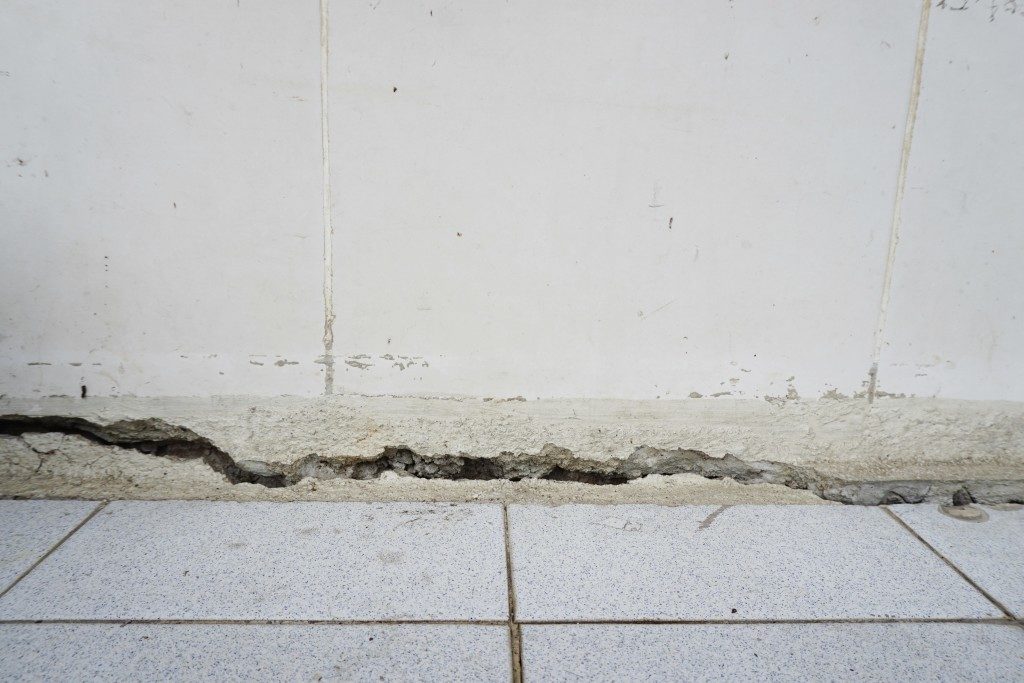 While concrete is able to retain its strength when exposed to conditions such as soil, there are various kinds of chemical compositions that accelerate concrete damage. The first of these are acids, which react with the calcium hydroxide in the concrete to produce a water-soluble compound that is easily dissolved.

This results in leaching, or the loss of calcium from the concrete (chlorides, salts, and alkalis can also cause leaching). As calcium is a major component of concrete, the material is severely weakened, meaning that no type of concrete will last long if continuously exposed to an acidic environment.

Sulfates, on the other hand, weaken the concrete by reacting with the hydrated compounds within the cement. This creates damage to the cement binder, resulting in a loss of cohesion, strength, and ability of the cement particles to hold themselves together, resulting in fragile concrete.

Concrete damage is not limited to natural degradation, however. Strong physical impact on the concrete surface over a period of time also leads to damage; even in this instance, concrete repair is necessary. This highlights the importance of the concrete repair industry in the modern urban setting.